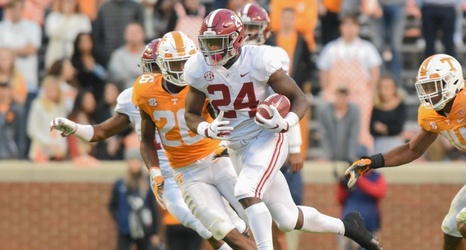 As talented as Najee Harris is and as game-changing as Trey Sanders can be, Alabama has another running back who is itching to show fans everything he do too.

A native of Tuscaloosa, Ala., Brian Robinson Jr. now enters his senior year at the University of Alabama.

Once a four-star prospect in the 2017 signing class, he was a superstar at Hillcrest High School — leading the Patriots to the Class 6A state semifinal round of the playoffs as a junior and senior. He chose the Crimson Tide over Georgia, Auburn and Ole Miss and has seen his numbers improve in each of the last three years.