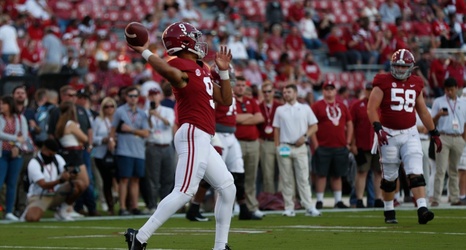 Alabama football and rap recording artist Young Jeezy have something in common.

Throughout his music career, Jeezy had one magical quality: he was believable.

If one looked into his eyes and observed his life, he represented everything he said in his songs. Nick Saban has brought the same quality to the Crimson Tide. People believe Alabama is the best program in college football. The constant success of Coach Saban makes it expected for the Tide to win national championships, recruiting battles, and have the most players in the National Football League. This season, Alabama has a quarterback that possesses a quality everyone seems to have gotten behind.