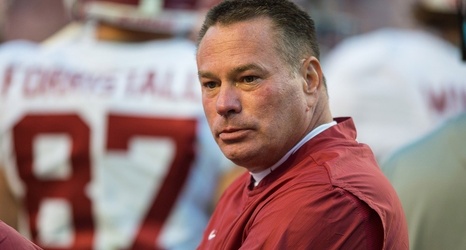 According to a report from AL.com, former University of Tennessee head coach and current Alabama staffer Butch Jones will be moved to a new coaching position this upcoming season.

Jones served as an offensive analyst over the past two season’s on Nick Saban’s staff and will now be listed as a special assistant to the head coach. It is unclear what Jones’ new responsibilities will be under his new title but it is clear that it is a promotion.

Since the season’s conclusion Jones’ name had been linked to a couple of other possible head coaching gigs but ultimately decided to remain with the Crimson Tide.