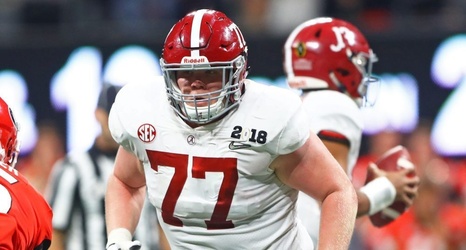 Fans of Alabama football were not particularly pleased with the performance of the offensive line against Duke in week one of the season. Despite a blowout win, a lot of people felt the Crimson Tide could have done more in its running game and there were a couple of moments where the Blue Devils got pressure to Tua Tagovailoa and forced him outside the pocket.

Offensive line coach, Kyle Flood is trying to create continuity with this group.

Aside from Alex Leatherwood and Jedrick Wills, the combination of Matt Womack, Landon Dickerson, Emil Ekiyor, Evan Neal and Chris Owens have never played together before.