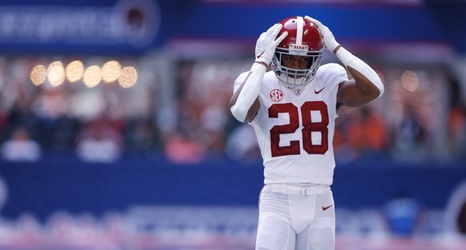 Alabama fans are feeling better after hearing good news on Will Anderson Jr.

The sophomore outside linebacker suffered an injury against Mercer, but Nick Saban told reporters that it is not significant.

Anderson is day-to-day; however, the team is ‘encouraged’ to have him for the Florida game.

The Crimson Tide will continue monitoring him this week in practice. Coach Saban also provided updates on two starting cornerbacks that did not play versus the Bears. Josh Jobe and Jalyn Armour-Davis had bumps and bruises at practice, so Marcus Banks and Kool-Aid McKinstry played last week.