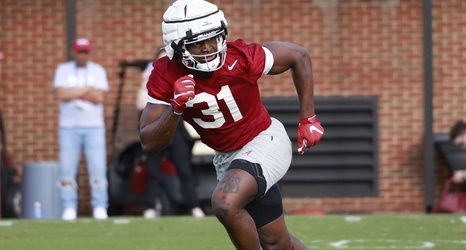 Will Anderson is a generational talent as an outside linebacker, but that is stating the obvious.

Since leaving high school for the University of Alabama in 2020, the former five-star has become the most dominant defensive player in college football. He made the lives of quarterbacks, running backs, offensive linemen, offensive coordinators, and opposing head coach a nightmare in 2021. Anderson led Alabama and the nation in tackles for loss (34.5) and sacks (17.5).

He earned several individual honors, including Unanimous All-American and the Bronko Nagurski Award. Anderson received permanent team captain honors from his peers and pushed the Crimson Tide to a Southeastern Conference title.