Alabama LB Will Anderson named a finalist for Nagurski Trophy 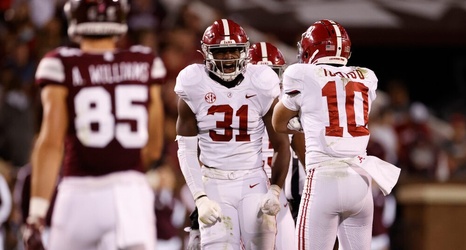 Alabama’s Will Anderson Jr. was named a finalist for the Nagurski Trophy, the Football Writers Associate of America (FWAA) and Charlotte Touchdown Club announced on Wednesday afternoon.

Anderson Jr. is joined by Jordan Davis of Georgia and Kayvon Thibodeaux of Oregon to make up the finalist list. Despite having a finalist in nine of the last 11 seasons, Alabama’s lone winner of the Nagurski was Jonathan Allen in 2016.