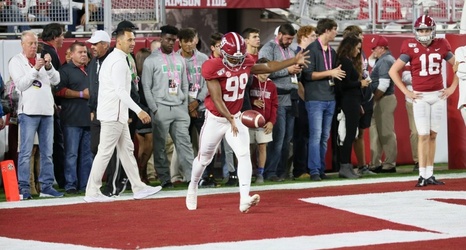 On Thursday, the Southeastern Conference’s front office announced its All-Freshman Team and four Crimson Tide student-athletes made the cut. The group of Evan Neal, Shane Lee, Christian Harris and Ty Perine were all honorees.

Despite the Tide not winning an SEC Championship or appearing in its sixth consecutive College Football Playoff, all four guys made a contribution.

Neal, a five-star from Florida, started all 12 games at left guard.

He did not allow a sack in 381 pass attempts and was one of the best freshmen in the nation, in terms of the offensive line.