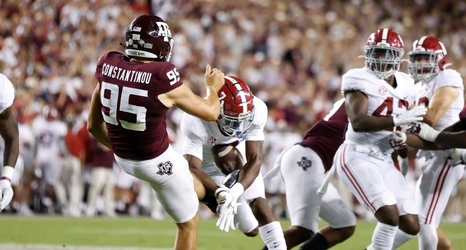 Before players such as Julio Jones, Trent Richardson, Eddie Jackson, Reuben Foster, Mack Wilson, Minkah Fitzpatrick, Cyrus Jones, and Christion Jones got opportunities on offense or defense, they proved themselves on special teams.

Ja’Corey Brooks, a native of Miami, Fla., is following the blueprint.

He was one of four freshmen receivers in the Crimson Tide’s recent signing class, and he made one of the biggest plays versus Texas A&M. Despite a 38-41 loss, the four-star athlete blocked a punt in the third quarter that King Mwikuta recovered for a touchdown.