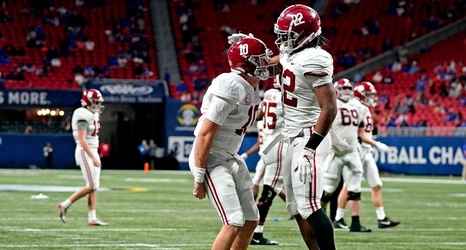 The season for the Southeastern Conference concluded with Alabama winning a conference championship.

On Tuesday, the SEC’s front office in Birmingham (Ala.) released its football awards and its All-SEC teams for this year.

-Mac Jones: Scholar-Athlete of the Year