Alabama Football: Studs and Duds from Tide and Gamecocks 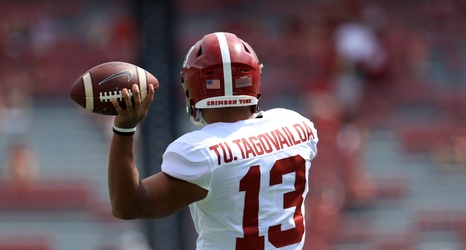 Alabama football head coach Nick Saban squared off against his former assistant, Will Muschamp. The iconic coach is now 17-0 against his former coaches. Given his intricate knowledge of Saban, Muschamp positioned his overachieving squad and true freshman quarterback in a prime position by aggressively challenging an uber-talented Alabama team with two special team trick plays and going for it on fourth downs.

Here are Studs and Duds from the game:

Nothing irritates me more than whenever the Heisman Trophy conversation comes up; the smooth lefty junior quarterback is barely mentioned (Alabama fatigue, I guess).