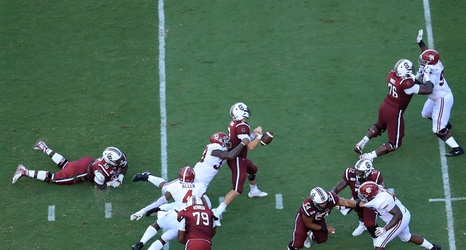 Let’s be honest, week three was pretty much ho-hum across the SEC. Alabama football had a long-awaited return to South Carolina. The Florida Gators traveled to Lexington to take on the Wildcats. Mississippi State had a good contest, hosting Kansas State in Starkville.

With one exception, the remaining slate of games were bought wins against inferior opponents. That exception was Arkansas, who prevailed against Colorado State. Any win for the Hogs is a good win.