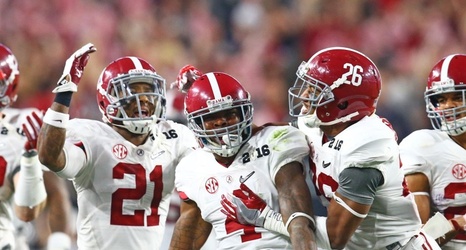 Alabama football Offensive Coordinator, Steve Sarkisian is a proponent of an offensive style generally labeled West Coast. Like most perceived innovations in football, West Coast was a variation on previous themes. It was preceded in the NFL by vertical passing offenses, the Air Raid and Air Coryell.

The Air Raid goes all the way back to NFL legend Sid Luckman. Air Coryell got its name from the San Diego Chargers head coach, Don Coryell. The Chargers and the Oakland Raiders embraced wide open passing attacks and with both teams based in California, ‘West Coast’ was used to describe the offensive style.