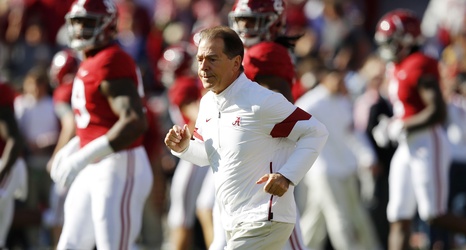 Alabama football coach, Nick Saban spoke to the media ahead of practice on Monday. The schedule is part of Nick’s routine. The circumstances, following the loss to LSU were not routine. Saban has only had one undefeated Alabama football team, the 2009 National Champions. The losses rarely happen at Bryant-Denny.

The long win streak against LSU went back to the 2011 season, after a regular-season loss to the Bengal Tigers in Tuscaloosa. Since then the Crimson Tide had only lost two games on its home field; Texas A&M in 2012 and Ole Miss in 2015.

So – we Alabama football fans might need to take a collective deep breath.