Alabama Football: It has been 5,000 days since Tennessee has beaten Alabama in lopsided rivalry 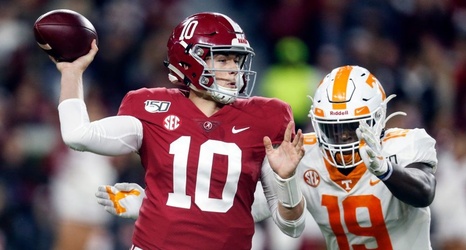 Within the Southeastern Conference and in college football itself, there are schools in which Alabama football has consistently dominated. One of those institutions is the University of Tennessee and while Jeremy Pruitt is making progress, it has been a long time since it gained success versus the Crimson Tide. Pruitt, who served on Nick Saban’s staff at defensive coordinator from 2016 to 2017, was brought to the Volunteers to defeat his former boss.

Saban is undefeated against his former assistants and he’s 13-0 versus Tennessee in the Cigar Bowl.

Since being hired to Alabama in 2007, only twice have the Vols made the Tide sweat under Saban.