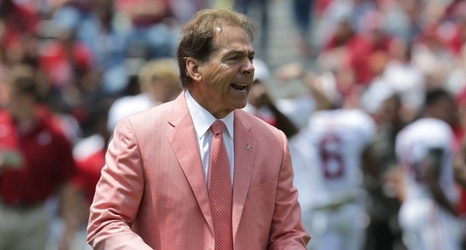 The calendars will be in order for Alabama fans, as the 2020 edition of the Crimson Tide’s football team will take to Bryant-Denny Stadium for its spring game on Sat. April 18.

A press release came on Thursday via the University of Alabama’s athletics department.

Due to construction being done inside the stadium, there will be a limited capacity.

The time has been set for 1:00 p.m. (CT) as this will be the 14th A-Day exhibition of the Nick Saban era, dating back to 2007. While television details will be released at a later date, the Alumni Flag Football Game starts at 10:30 a.