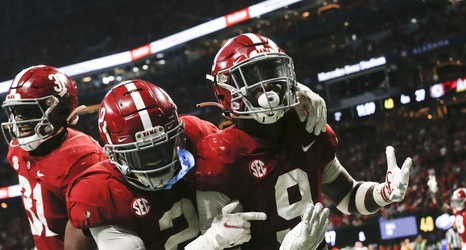 As the 2021 college football season comes to an end, the annual personnel carousel roars to life.

In November, the plug was finally pulled on DB Marcus Banks’ time in Tuscaloosa. He would later commit to transfer to Mississippi State. WR Xavier Williams will be back in Tuscaloosa next fall. However, it will be as a member of visiting Utah State.

At the end of the regular season, LB Jackson Bratton and OL Pierce Quick were the next two Tide players to hit the transfer portal. Quick has already announced that he is heading to Georgia Tech.