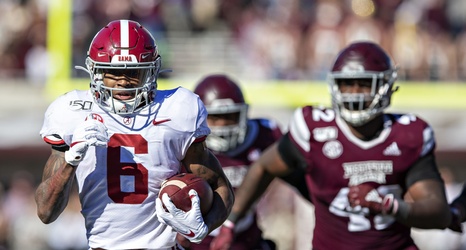 Alabama Crimson Tide data-junkies are going to enjoy this post. It has numbers and numbers and more numbers. The source is Pro Football Focus (PFF). For those who don’t know, their data collection includes college and professional statistics.

The number-crunching from PFF has zero bias. It simply calculates the amount of playing experience returning in eight different categories. PFF is well-suited for the task because during the season it tracks “every single player on every single play.”