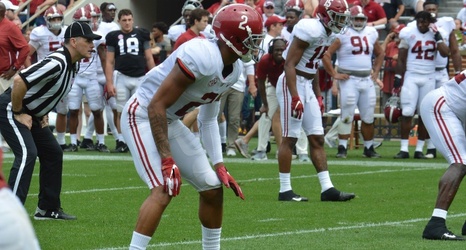 The nominations keep on coming for the Crimson Tide.

Shortly after fellow defenders Dylan Moses and Shane Lee were named to the Butkus Award Watch List, junior cornerback Patrick Surtain has made the watch list for college football’s top defensive back in the Jim Thorpe Award.

Surtain joins 49 other defensive backs all across the country and is looking to become Alabama’s third player to win the award.

In his two seasons playing under Nick Saban, Surtain has appeared in all 28 games and has started in 25 consecutively.