Alabama Basketball: Why the Crimson Tide is still on Bubble Watch 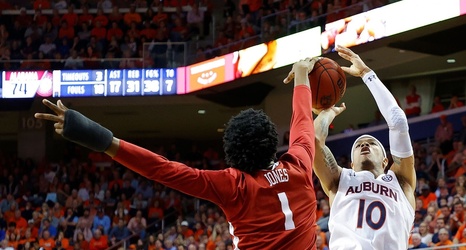 Fans of Alabama basketball, now at 13-11, are mixed in their opinions of the Tide. There is wide approval of the team’s grittiness and determination. Nate Oats is solidly embraced for his rebuilding effort and what the future holds.

Crimson Tide fans are split in opinions over this season’s NCAA chances. A not-just-recent history of failing to make the Big Dance has often squashed the hopes of Tide fans. With Alabama basketball having lost three of its last four games, a portion of the fan base has given up on NCAA hopes this season.

There are reasons others have not given up.