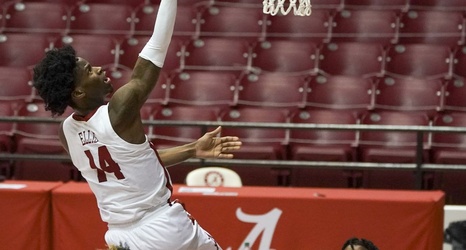 Alabama received some bad news prior to Tuesday night’s home game with Florida as Jahvon Quinerly missed the game, and possibly the next one, with what was only called a medical condition. Quinerly has been playing very well in SEC play. Undeterred, Coach Nate Oats’ team showed a ton of character and defeated nemesis Florida by a score of 86-71 in Coleman on Tuesday night. It was the first home win over the Gators since 2006, breaking a streak of eight straight and 10-12.

The win propels the Tide into sole possession of first place in the SEC with a 3-0 mark, and the team improved to 8-3 overall.