Alabama and Texas fans argue over who has the biggest brand — Who’s right? 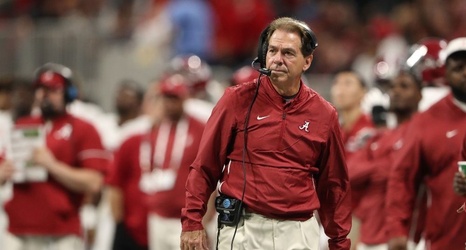 For years, programs have been searching for ways to recreate the Nick Saban formula, and Texas has now entered into that arena with the hiring of former Alabama offensive coordinator Steve Sarkisian.

Naturally, this has now opened the door for fans of the Longhorns and Crimson Tide to interact more frequently online, especially with the upcoming home-and-home series set to begin in 2022.

It seems as if the debate between the two schools has already begun in the form of one online exchange between two fans with a debate over which school has the bigger brand. One Alabama fan shared a story from a recruit who told him that Texas’ pitch was that the player would come to the “biggest brand in football.