Alabama A-Day Game draws over 500,000 viewers for third most in ESPN history 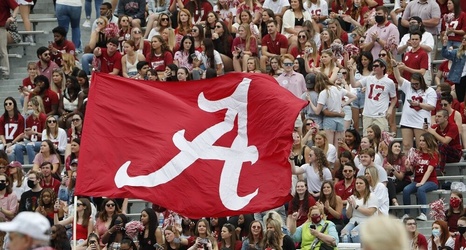 College football fans were revved up to see their favorite team back in action and it showed in the form of the increase in viewership.

ESPN shared that Alabama’s A-Day spring game garnered a total of 547,000 viewers last Saturday. It was the most viewed spring game broadcast on ESPN since 2016 and was the third-highest viewed since 2010.

Along with the eyeballs taking in the game from home, Bryant-Denny Stadium was also able to allow 50% of its normal capacity to watch the Crimson Tide. Alabama reported that it had over 47,000 fans in attendance for the game which made it the biggest live sports event gathering since the beginning of the COVID-19 pandemic.