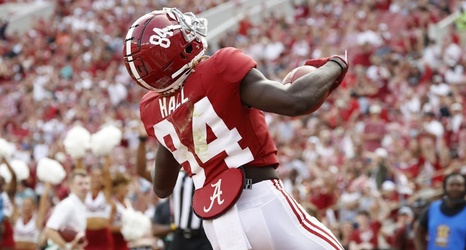 John Metchie (knee) will not play for Alabama in Friday’s meeting with Cincinnati, but the Crimson Tide has confidence in its other wide receivers for the College Football Playoff Semifinal.

Nick Saban and Bill O’Brien have been pleased with Traeshon Holden, Ja’Corey Brooks, Javon Baker, and JoJo Earle stepping up during bowl practices for the Bearcats. All four players have performed well, but Agiye Hall has received high remarks from Saban, O’Brien, and Bryce Young for his efforts. As a five-star in the 2021 signing class, Hall exploded onto the scene in the Crimson Tide’s spring game.