9 “one eye closed” graphs from the Ole Miss shootout 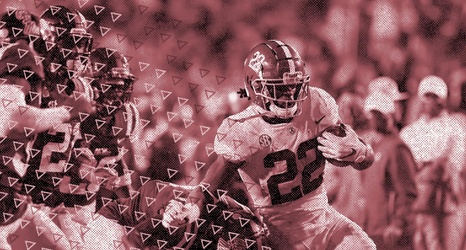 Believe it or not, I wanted to put LaBryan Ray as one of the feature photos in the graphing articles this week. Yes, I know that this was a record-setting shootout, with what appeared to be very little laudable defense from either team. But, LaBryan and a few of his brothers in the trench did accrue some important tackles in this game; we’ll get to that later.

I also considered Mac Jones or DeVonta Smith, for their obvious and constant contributions to Alabama’s point total. But, we’ve been talking about Mac for weeks, and last season’s Ole Miss graphing review was basically entirely devoted to DeVonta.