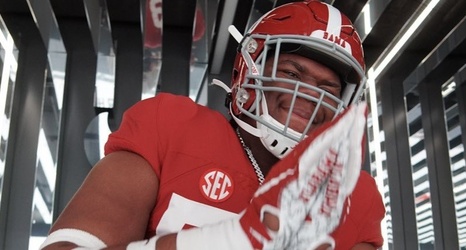 Miles McVay told Touchdown Alabama he will officially visit the University of Alabama on the weekend of Oct. 8.

McVay currently attends East St. Louis High School in Illinois. He included the Crimson Tide in his top twelve in April. The Illinois product will have an opportunity to watch the Crimson Tide take on the Texas A&M Aggies in Bryant-Denny Stadium during his official visit.

The Alabama target has visited Tuscaloosa a couple of times over the last few months. Members of Alabama’s coaching staff have also recently visited East St. Louis. McVay’s latest visit to Tuscaloosa was on March 25, and he previously told Touchdown Alabama his relationship with Alabama’s staff was growing.