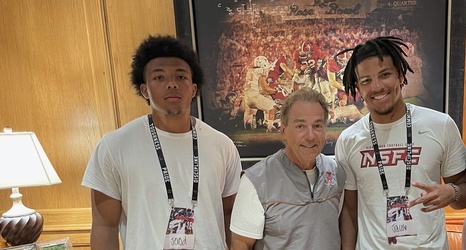 Jerod Smith earned an offer from Alabama football after returning to Tuscaloosa to camp Wednesday.

Smith attends Loomis Chaffee High School in Connecticut, and he garners a four-star rating from multiple recruiting outlets. The Crimson Tide are the 18th D1 program to offer the rising junior. Alabama also offered Smith’s brother, Jacob, who is a four-star 2024 prospect as well. Nick Saban informed both of them they earned an offer after camp.

“I felt blessed and honored to receive it,” Jerod told Touchdown Alabama. “I felt relieved that my hard work paid off, but the job is not over yet.