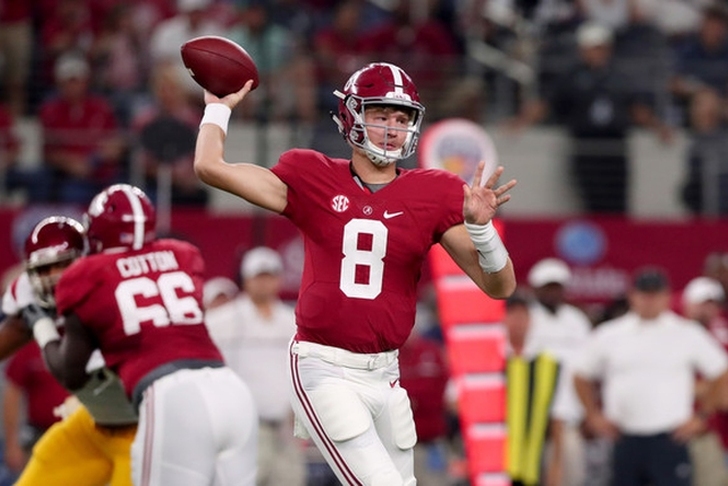 Alabama Crimson Tide quarterback Blake Barnett will transfer and has already left the program, according to AL.com's Matt Zenitz.

Barnett, a redshirt freshman, was Alabama's opening day starter against USC, but lost the starting job to true freshman Jalen Hurts in that game. He has also played in two of the three games since, going 11 of 19 for 219 yards and two touchdowns with no interceptions, but the starting job belongs to Hurts moving forward.

Barnett, a five-star recruit from Corona, CA, was the No. 2 pro-style quarterback and No. 21 overall prospect in last year's recruiting class, according to the 247Sports.

The 6'5", 211-pounder originally committed to Notre Dame before decommitting and picking the Tide, and they figure to be one of the favorites to land him this time around. He was also considering Oregon.

Junior Cooper Bateman, who was also competing for the starting job and started one game for the Crimson Tide last season, will now be Hurts' backup.