Ranking The Top 5 Recruits Alabama Will Pursue In 2018 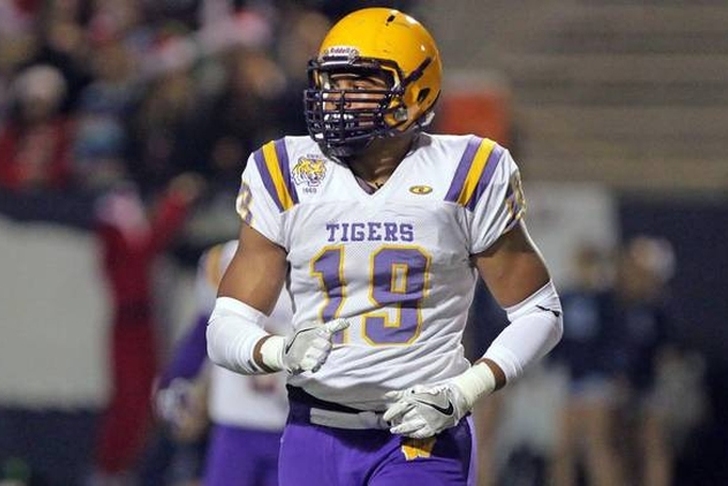 The Alabama Crimson Tide may have just wrapped up their 2017 recruiting class on National Signing Day, but Nick Saban & Co. have already been working hard on their 2018 class. Now that they can focus their full attention on that 2018 class, here are the five top prospects they are pursuing:

5) OT Jamaree Salyer
The top offensive guard in the country and No. 2 player in the state of Georgia is heavily leaning towards committing with Kirby Smart's squad, but Alabama is pushing hard for him. Saban and offensive line coach Brent Key paid him an in-home visit last week, something that is already paying dividends for them.

4) DT Taron Vincent
Vincent is the top defensive tackle and top player in the state of Florida (he attends IMG Academy), but the 6-foot-2, 285-pounder appears to be headed out of state. Ohio State is the current favorite to land him, but the Tide are right there with them. Alabama offered him a scholarship way back in June 2015.

3) OT Jackson Carman
Carman, the top-ranked player in the state of Ohio, is obviously trending towards the Buckeyes, but Alabama is their biggest competition. Saban also visited Carman in January.

2) CB Patrick Surtain Jr.
LSU seems to be the current leader for Surtain, but Alabama, Clemson and all of the Florida schools are in the mix. Saban visited him in January as well, and Surtain went to a camp at Alabama in the summer of 2015, shortly after receiving a scholarship offer from the Tide.

1) LB Xavier Thomas
The Florence, SC native is favoring Clemson and South Carolina, but Alabama has made him a top priority since he is the top uncommitted recruit in the country (No. 2 overall). It will be tough to get Thomas out of state, but if anyone can do it, it's Nick Saban.