Ranking The 5 Toughest Games On Alabama's Schedule In 2017 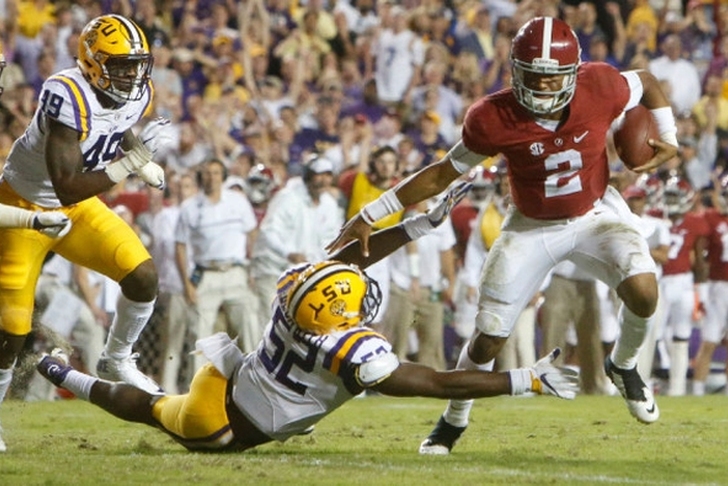 College football's unique in that a single loss could mean the difference between a conference championship (or the ultimate regular-season goal, a College Football Playoff spot) and becoming an also-ran in the FBS ranks. If Alabama wants to return to the College Football Playoff next season, they can afford a maximum of one loss. Here are Alabama's five toughest games heading into this year:

5) at Texas A&M Aggies - Oct. 7
Alabama has owned Texas A&M since Johnny Manziel left College Station, but the Aggies are still a good team that can provide a stiff test. Remember, the Aggies actually led the Tide in the second half this year before Alabama's defense took over. You can expect TAMU to put up another game effort at home.

4) vs. Ole Miss Rebels - Sept. 30
Ole Miss has played Alabama as well as anyone over the last three years, winning two in a row before nearly pulling off the upset again in 2016. The Rebels don't have the highest expectations next season, but given their history against the Tide, this will be a game worth watching.

3) at Auburn Tigers - Nov. 25
Auburn's defense and running game have always been good. Now, they're getting a top quarterback in Baylor transfer Jarrett Stidham. His ability to fit this system could make Auburn a surprise team in 2017, making them a tough test against Alabama - especially since that game is at Auburn.

2) vs. LSU Tigers - Nov. 4
LSU and Alabama is always a must-see game. Can Coach O end LSU's losing streak against the Tide? Alabama will do everything they can to keep that streak going, but the Tigers will be ready.