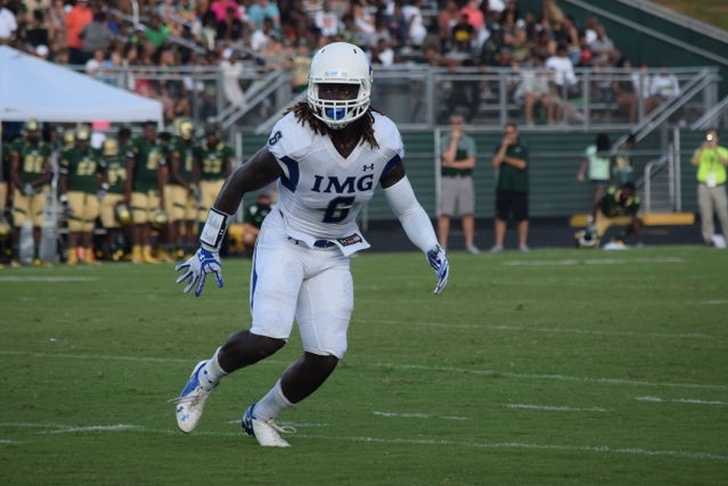 The No. 4 recruit in the country has committed. LB Dylan Moses announced on Twitter that he'll play for the Alabama Crimson Tide.

Most interesting is that Moses won't even take any more visits to schools. It's another major coup for Nick Saban's staff at Alabama.

Moses is a five-star recruit and the nation's top linebacker. He originally committed to LSU in 8th grade. Originally from Baton Rogue, Moses switched schools to attend IMC Academy. The move was designed to get himself away from Baton Rogue and allow him to pick a school without the immense pressure to play for the Tigers.

Moses had originally planned to commit on January 1st, but elected to make his decision now. Moses took his official visit to Alabama this weekend.

The commitment of Moses gives Alabama three of the top five players in the class of 2017.