Multiple Alabama Defenders Out with Serious Injuries After Win over LSU 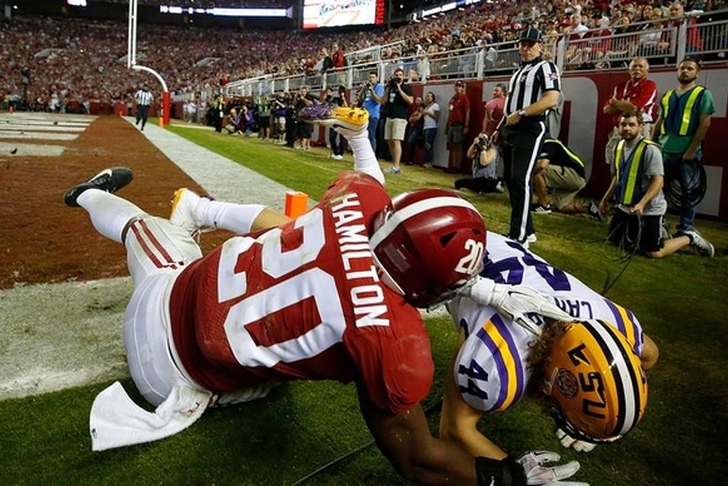 While Alabama came out victorious over LSU this weekend, the defense took a couple of major hits on the injury front.

Starting middle linebacker Shaun Dion Hamilton will be out for the remainder of the year while he recovers from knee surgery after getting injured against LSU.

The reserve inside linebacker, Mack Wilson, replaced Hamilton in that game, but also went down with a foot injury. He will be out 4-6 weeks.

With the linebacker spot already bare after Terrell Lewis and Christian Miller both went down in week 1, look for freshman Dylan Moses to take over a decent amount of snaps along with veteran Keith Holcombe.

Star DB Minkah Fitzpatrick was also among the injured members of the Tide, but his hamstring pull has not been deemed serious and should return to practice on Tuesday