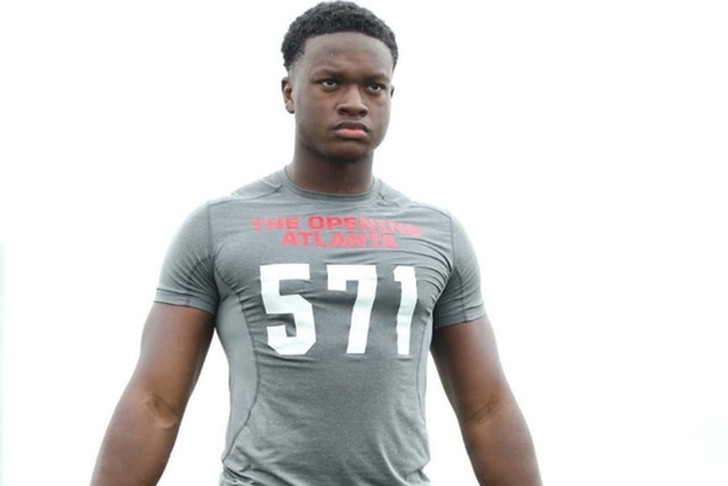 We're less than 24 hours out from National Signing Day, which means that Nick Saban and the Alabama Crimson Tide are tripling down on their recruiting efforts to finish off the 2016 cycle with a bang. With that in mind, we're here to provide the latest Alabama recruiting news from the afternoon/evening of January 2nd.

A video of Lashley's commitment was released by his high school on Tuesday afternoon:

Alabama was considered a longshot due to him living so close to Starkville (Mississippi State) and the fact that Bama's top target was five-star tackle Greg Little for most of the past year.

With Lashley's commitment, Alabama has squeaked into the #4 spot in 247Sports' overall class rankings. LSU, Ohio State and Florida State.

Big Signing Day Finish
Bama has just 18 commits right now, with five-star offensive tackle Jonah Williams and eleven four-star recruits on hand. However, Nick Saban is known for furious finishes in recruiting, so the depth and breadth of this haul is misleading right now.

There's about seven or eight top recruits who could find their way to Tuscaloosa on Wednesday. Five-star linebackers Ben Davis and Lyndell Wilson are virtual locks. Four-star defensive end Terrell Hall continues to lean this way. Sign those three and add a handful of three- and four-stars and this class rockets to #1 overall in the nation. The latest Alabama recruiting news and rumors inside our Chat Sports Android and iPhone apps!

Keep an eye on four-star athlete Shyheim Carter. Ole Miss impressed him in his visit to Oxford last weekend, but all signs point to Alabama coming out on top and utilizing him both on defense and special teams.

Where Will Mayden Go?
Four-star cornerback Jared Mayden reportedly has Alabama and Oklahoma in a dead heat atop his favorites list, and neither program really has a concrete notion about his thought process right now.

Alabama was optimistic about their chances last week, but sources around the program seem uncertain this week (per 247Sports' Bama Online). A similar vibe is coming from the Sooners camp, with no real clarity expected until his decision on Wednesday.