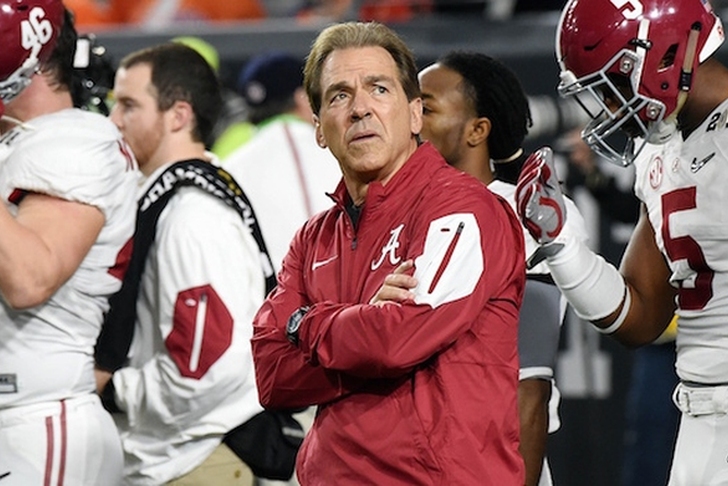 In a continuation of what might be the best run in college football history, Nick Saban’s Crimson Tide were ranked #1 again in the Coaches’ preseason poll released today, making that four times in the past seven years they have received that ranking. In that same time frame, they never being ranked below #3.

Despite losing defensive superstars Reuben Foster and Jonathan Allen, the Tide still figure to have a dominant defense this season led by De’Shawn Hand and a ridiculous defensive line. However, the offense for the Tide this year might actually be the superior group. Led by sophomore QB Jalen Hurts, junior RB Bo Scarbrough, junior WR Calvin Ridley and 5-star freshman RB Najee Harris, the Crimson Tide should have one of the best offenses in the country.

Alabama has been ranked in the top 5 every year since 2009 and were also ranked #1 going into last season.

Here are their Coaches’ poll preseason rankings since 2007: