Here Are The 5 Hardest Games On Alabama's 2018 Schedule 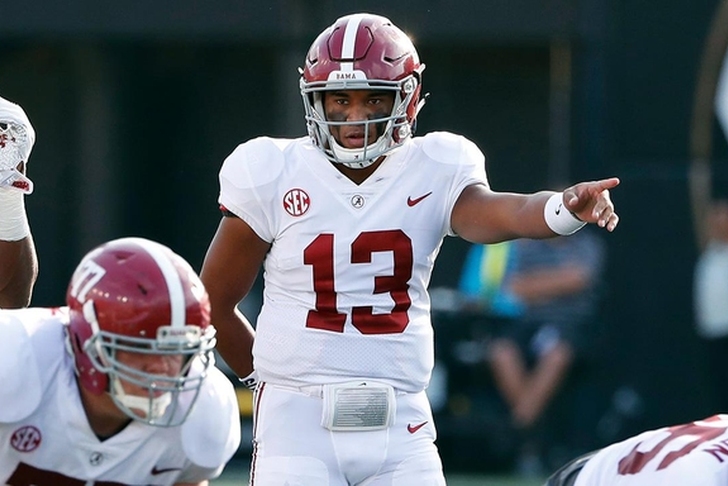 College football is unique in that a single loss could mean the difference between a conference championship appearance (or the ultimate regular-season goal, a College Football Playoff spot) and ending up in an average bowl game. The Alabama Crimson Tide have had no problem managing their schedule in recent years, as they're the only program to make the playoff in each of its four years of existence.

If Alabama wants to repeat as national champions, they need to win some of the most challenging games on their 2018 schedule. Those games won't be easy, but they are of vital importance to the Tide's title hopes. With that in mind, here are Alabama's five toughest games in 2018:

5) at Tennessee Volunteers - Oct. 20
Tennessee was an absolute disaster under Butch Jones last year but there is talent on the roster. If they can get reliable quarterback play out of Jarrett Guarantano, the Vols could be in for a bounce-back year. Plus, there's the whole aspect of former Alabama defensive coordinator Jeremy Pruitt now coaching Tennessee.

4) vs. Louisville Cardinals (Orlando, FL)
Had this game been last season and Lamar Jackson was still at Louisville, this game would easily be No. 1 on our list. However, the Cardinals will likely be rebuilding and going up against Alabama's juggernaut. It will also likely be title game hero Tua Tagovailoa's first career start for the Tide.

3) vs. Texas A&M Aggies - Sept. 22
Texas A&M has always given Alabama a tough test and with former Florida State head coach Jimbo Fisher taking over the program, it should only be a matter of time until the Aggies are relevant on the national stage again. However, this is still one Alabama will be the heavy favorite to win.

2) at LSU Tigers - Nov. 4
Alabama and LSU is one of the best rivalries in the sport and Death Valley is one of the toughest places to play. The Tide have won seven games in a row in the series but the last three games in Baton Rouge have all been decided by 10 points or less. Expect this to be another extremely tough game.

1) vs. Auburn Tigers - Nov. 24
The Iron Bowl seemingly always has major postseason implications. Despite two losses, Auburn put themselves in position for a CFP berth with a win last year and Alabama nearly missed the playoff for the first time since it's inception. This year, the loser of the game won't be so lucky.