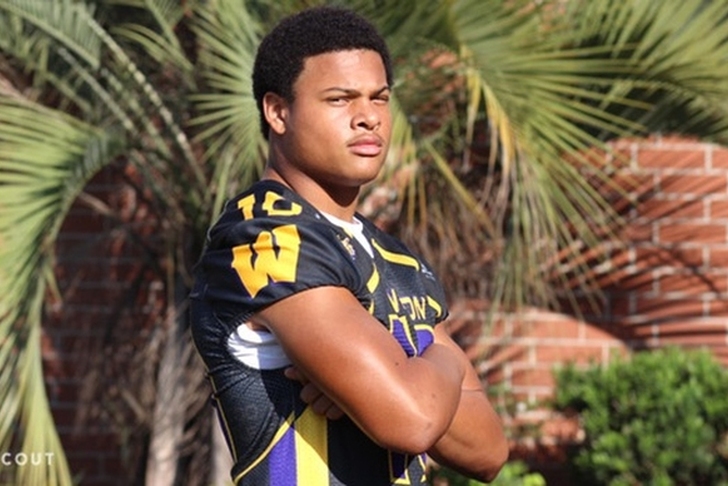 The Alabama Crimson Tide offered a scholarship to 2018 four-star defensive end Xavier Thomas (Florence, SC) on Wednesday afternoon, and they immediately jumped to the top of his interest list.

“It felt great,” Thomas said, via 247sports. “That is one of the biggest offers I have ever received. When I was on the phone with Coach Lupoi and he said Alabama was fired up about me and they wanted to offer me a scholarship I was amazed. The number one collegiate program that just won a national championship allowing you to attend their school is huge.

“A million things can come to your mind when you hear Bama football. I have been watching them ever since AJ McCarron was their quarterback when he was winning back to back national titles. I just think about winning because that is what they do.”

Thomas had released a top five of Florida State, Georgia, Clemson, South Carolina, and Tennessee last summer, but he has also said he's open to other schools, and Alabama certainly put themselves right at the top with their offer.

“I don’t have an exact order yet, but Alabama is definitely up there,” Thomas said.