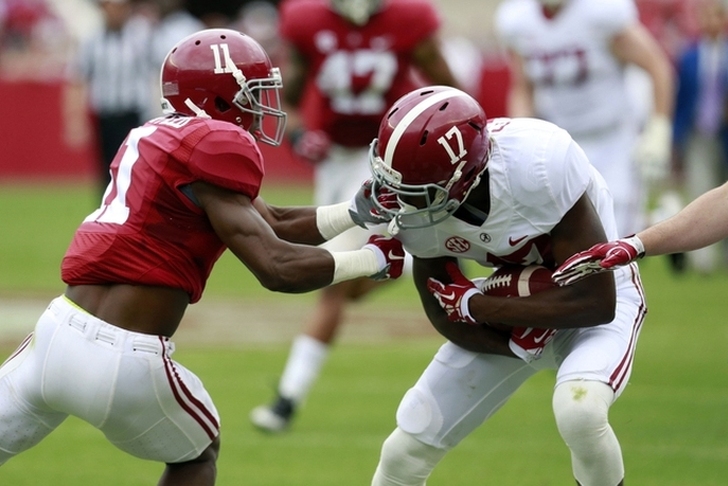 Sheffield, a native of Missouri City, Texas, signed in the Crimson Tide’s 2015 recruiting class. The redshirt freshman missed both practices on Monday and per multiple rumors, thoughts of a possible transfer began to hit the news scene.

A source confirmed with Touchdown Alabama Magazine that the rumors are indeed accurate, with Sheffield leaving the University of Alabama on Saturday night.

The 6-foot, 188-pound corner was earning the respect of his teammates last year throughout practices. Head coach Nick Saban was looking for Sheffield to have an increased role on defense, primarily lining up at corner in the team’s nickel and dime formations.

There is no indication as to where Sheffield will end up, but committed to Alabama over Texas A&M, LSU and Florida State last year, and he will undoubtedly look at those three schools again.

Sheffield was ranked as the No. 4 cornerback and No. 20 overall prospect in the 2015 class, according to 247sports.