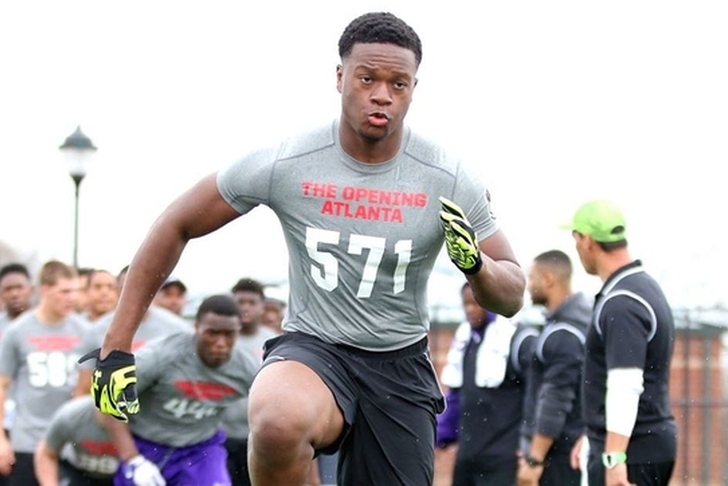 While Auburn had the last official visit, Alabama was considered the favorite for much of the recruiting process. Davis' father going to Alabama was a big reason for that.

Before Signing Day, Davis tweeted out a Top 5 that consisted of Alabama, Auburn, Georgia, LSU and Notre Dame.

Check out Davis' highlight tape below.