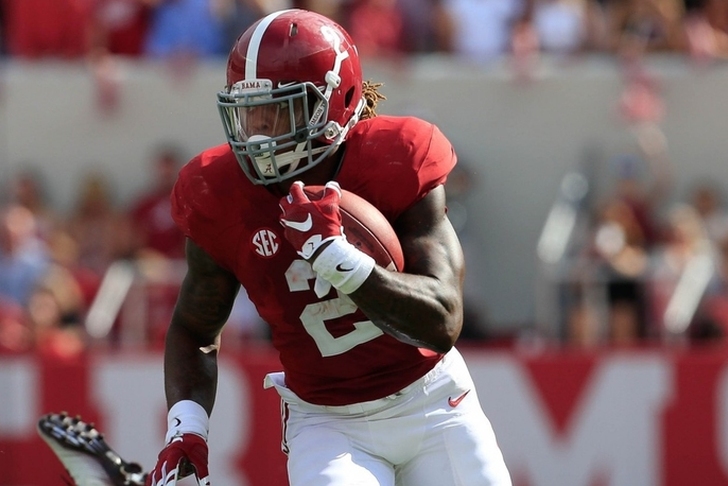 Those who claimed that the #4 Alabama Crimson Tide were overrated in the first College Football Playoff rankings reveal are eating their words right now.

Alabama controlled the line of scrimmage all night long against the #2 LSU Tigers, bullying LSU in the trenches and riding a fantastic performance by RB Derrick Henry to an impressive 30-16 win in Tuscaloosa.

Henry won the much-publicized battle of the running backs against LSU Heisman candidate Leonard Fournette, running for 210 yards and three touchdowns on 38 carries to keep LSU's offense on the sidelines and continuously push Bama's offense forward as the night wore on.

Fournette, on the other hand, couldn't get out of the blocks against Bama's vaunted run defense. After running for 150 yards in each of LSU's first seven games, the Heisman candidate was able to muster 31 yards and a touchdown on 19 carries. That's an average of 1.6 yards per run for one of the most feared big-play running backs in the game today.

LSU wasn't much better in the passing game, as QB Brandon Harris completed just 6 of his 19 passes for 128 yards, a touchdown and an interception. In total, the Tigers offense only gained 182 yards.

Bama moves to 8-1 (5-1 conf) and sets themselves up nicely for an SEC West title. LSU falls to 7-1 (4-1 conf) and now sits without a tiebreaker against the Tide.