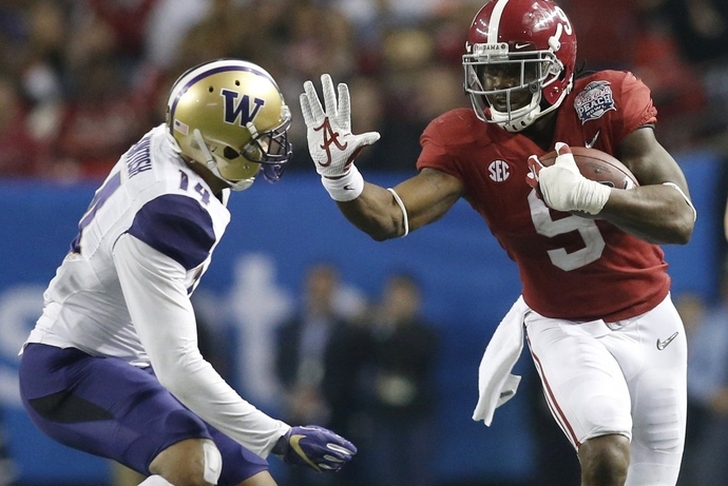 The Washington Huskies struck first in the Peach Bowl, taking an early 7-0 lead. But after that, it was a dominating effort from the Alabama Crimson Tide as they won the first of the two College Football Playoff Semifinal games this year. The Alabama defense once again played great, and RB Bo Scarbrough had the game of his life in a 24-7 win.

Scarbrough had just 19 carries, but they went for 180 yards and the only two Alabama offensive TDs. One of those TDs was a 68-yard rumble.

The defense for Alabama was once again fantastic. They had yet another defensive touchdown on a Ryan Anderson pick-six. The Huskies had just 194 yards, including just 44 rushing yards on 29 carries. QB Jake Browning, who started well, finished the game 20 of 38 for just 150 yards, a TD and two picks.

Jalen Hurts wasn't great for Alabama, but he didn't really need to be. He was 7 of 14 for just 57 yards through the air and chipped in 50 yards on 19 carries.

Overall, it was a defensive struggle, with the two teams combining for 15 punts.

Alabama advances to the CFP Championship game next Monday. They'll get the winner of the Ohio State vs. Clemson game later Saturday night.