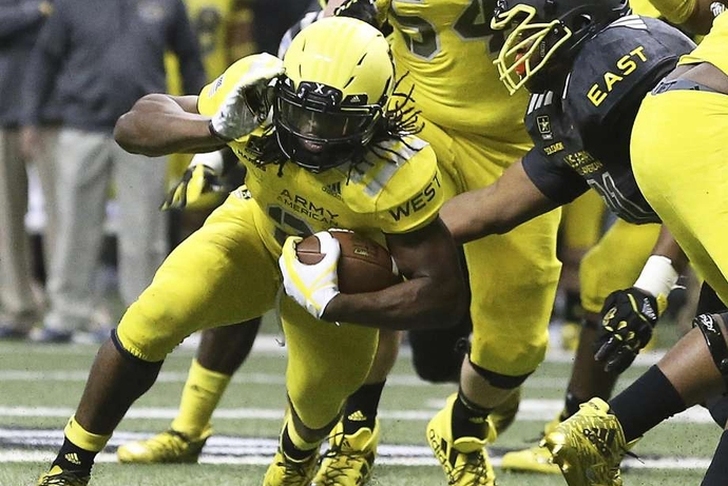 Five-star running back Najee Harris, the top overall prospect in the 2017 class, has been verbally committed to Alabama since June 2015, but has been recruited heavily by Michigan over the past several months. The Wolverines got themselves into a "neck-and-neck" race with the Tide, and Harris admitted last week that he was still undecided on if he would honor his Alabama commitment or flip to Michigan.

Harris then said he would make his decision after Saturday's U.S. Army All-American Bowl, but he didn't - he left quietly without revealing where he was heading. Now, we do.

According to several reports, Harris has landed in Alabama and will be joining the Crimson Tide as expected, ending his recruitment:

Najee Harris, the No. 1 player in the country, has landed in Alabama after uncertainty late in his recruitment: https://t.co/SOGScvybnw pic.twitter.com/XdkxqRIvXN

Harris planned to be an early enrollee at whichever school he picked. Spring semester classes at Alabama are set to begin on Jan. 11.