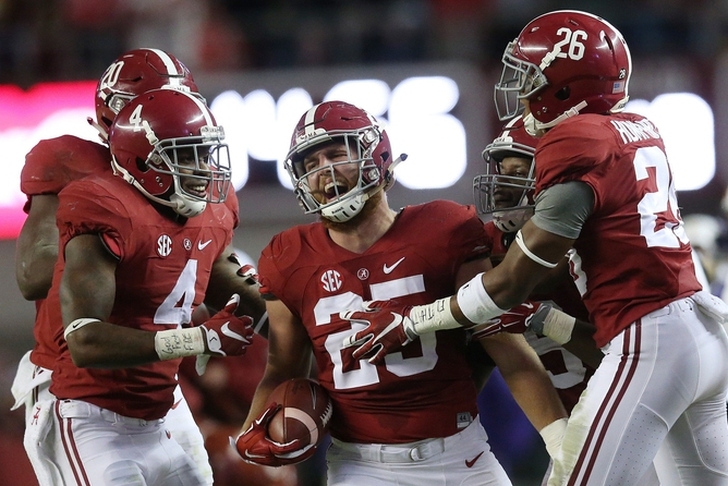 The 2015 Cotton Bowl takes place on Thursday, December 31st at AT&T Stadium in Arlington, Texas when the Alabama Crimson Tide take on the Michigan State Spartans. Other teams are getting some interesting swag for their bowl appearances, but the Cotton Bowl was the only one to not disclose the gifts for the players. However, we were able to figure out what Alabama players received. Bowls can only give out $500 each, but conferences and schools can each add $400. Based on the gifts Alabama is getting, it seems that the school and/or conference kicked in a little something this year.

Here's what Alabama players received for their Cotton Bowl appearance:

The price range for a Fossil watch is fairly wide, so we're splitting the difference here. It could be as cheap as $50 or over $300. With the Cotton Bowl not disclosing their gifts, it's a bit of a estimation game.

The stick is half this price, but Alabama players received the Fire TV.

The exact type of backpack wasn't clear, so we're going with the same backpack the Birmingham Bowl is giving away. Obviously this might not be exactly right since the Cotton Bowl won't announce their gifts, but the picture is still clear. Alabama got some crazy good swag this year.