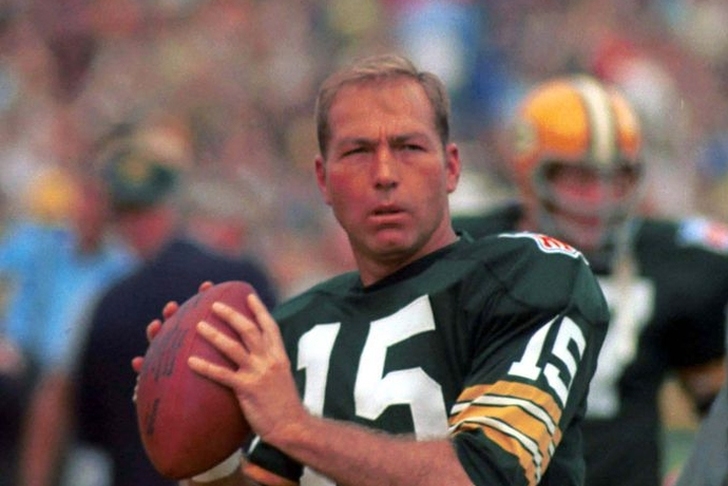 Former Alabama Crimson Tide and Green Bay Packers quarterback legend Bart Starr dealt with numerous issues related to a bad back for many years, dating back to his playing days. Starr had said that he hurt his back during a punting exercise while at Alabama, but his wife, Cherry, told AL.com's Joseph Goodman that the injury was suffered during a hazing incident with the Crimson Tide football team.

They beat Bart Starr with a wooden paddle until his back resembled a piece of raw meat. The quarterback was never the same again. F

or more than 60 years, Bart Starr and his wife, Cherry, have kept a dark secret hidden away from the narrative of the Hall of Fame quarterback's career. No more. One of the most respected football players in the history of the game, and arguably one of the toughest, was hazed so badly while at the University of Alabama that it derailed his college career, disqualified him from military service and affected him throughout his 16 years with the Green Bay Packers.

Starr never told anyone about the incident with the A-Club for the lettermen at the school, fearing that revealing the hazing secret would "make him look bad." Cherry Starr said the A-Club used to use a paddle to issue "severe beatings" when initiating members into the club.

"He was hospitalized at one point in traction," Cherry Starr said, via AL.com. "That was in the days when they were initiated into the A-Club, and they had severe beatings and paddling. From all the members of the A-Club, they lined up with a big paddle with holes drilled in it, and it actually injured his back.

"But his back was never right after that. It was horrible. It was not a football injury. It was an injury sustained from hazing. His whole back all the way up to his rib cage looked like a piece of raw meat. The bruising went all the way up his back. It was red and black and awful looking. It was so brutal."

Because Starr never talked about the injury, it's possible that even coaches and team trainers didn't know what actually caused his back injury.

After dismal junior and senior seasons at Alabama, largely to the back injury, Starr was drafted by the Packers in the 17th round only after he failed a physical with the United States Air Force. However, his back wasn't completely fixed until the 1980's, over 10 years after his career ended, when Dr. James Andrews discovered that Starr had a cracked vertebrae.

"He was in so much pain constantly," Cherry Starr said. "They nearly tried anything."

Cherry Starr also revealed that Starr often had back spasms during his playing days, and often needed epidural injections to play.