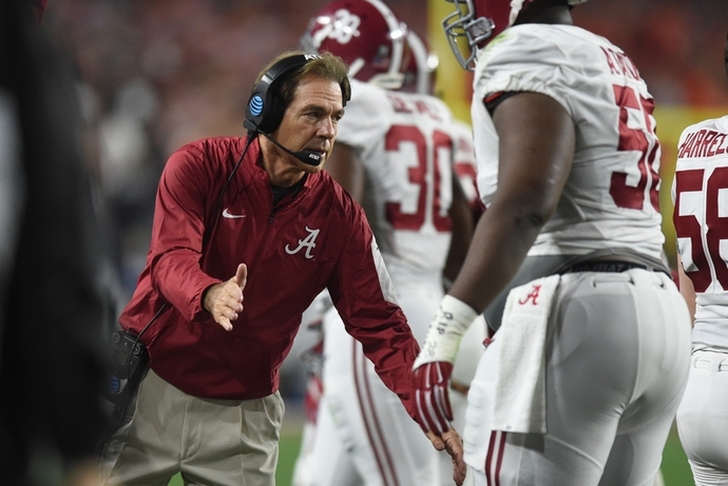 The Alabama Crimson Tide won their fourth national title in seven seasons this past year, and grabbed their third SEC championship in the last four years. Some expect head coach Nick Saban's squad to take a step back in 2016 due to massive personnel losses to the NFL, but we know Alabama doesn't rebuild - they reload. Here are three reasons why they'll win the SEC (again) this season: Many thought Alabama's defense was perhaps the best Saban has had in Tuscaloosa, but here's the scary part - they're going to be just as good this year. Their secondary is truly elite, headlined by sophomore cornerbacks Minkah Fitzpartick and Marlon Humphrey, and the linebacker core will be just as strong with Reuben Foster and Rashaan Evans leading the way.

Critics of Nick Saban usually miss the point. His sometimes gruff exterior in media sessions is a calcuated facade which belies the respect he both commands and gives to his players in private one-on-ones. Yes he's a taskmaster sometimes, but he's one of the most successful taskmasters to ever step on a college football sideline. Results don't lie, and Saban's eight-straight double-digit win seasons and four national championships are reason to believe that he'll get the most out of this team.