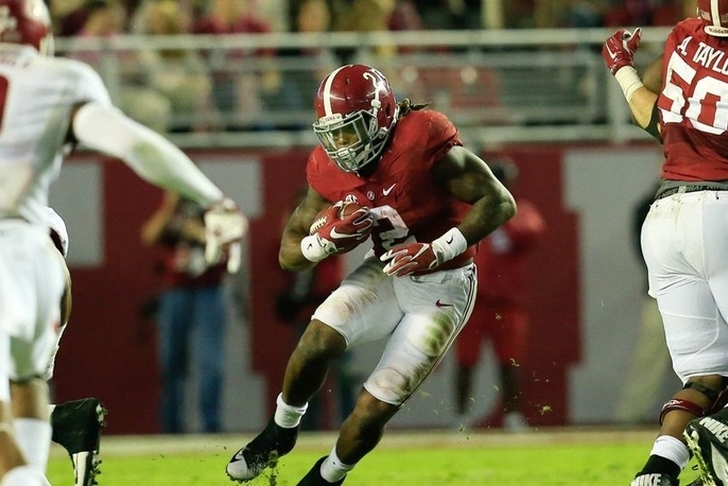 The #10 Alabama Crimson Tide (5-1) face off against the #9 Texas A&M Aggies (5-0) in a battle of Top 10 SEC West teams. It should be a great contest, and is one of the best ones this week. So who will come out on top? Here's our preview and prediction.

What They're Saying About Alabama:

Why Does Alabama Play So Many Teams After Byes?

What They're Saying About Texas A&M:

The Blueprint To Beat Bama

Which unit will come out on top; Alabama's defense or Texas A&M's offense? That's a matchup of strengths that will determine the winner of the game. Alabama struggled against Ole Miss' offense, but has limited all other opponents to 17 points of less this season. The defense is anchored by LB Reggie Ragland, one of the best in the nation. Texas A&M's offense is high-powered, led by QB Kyle Allen. The Aggies have put up 30 points in every game, expect for an OT win over Arkansas. A&M will need to score to win, as it's defense has issues. Bama can't afford to get in a shootout, as its offense won't be able to compete in a high-scoring affair.

The Crimson Tide's defense holds up just enough to provide Alabama with a win on the road. Texas A&M's offense has issues early, and although the Aggies mount a furious comeback, it's not enough. QB Jake Coker manages the game well for Alabama, while RB Derrick Henry carries the offense on the ground.