Alabama vs. Ole Miss: 4 Things To Watch For On Saturday 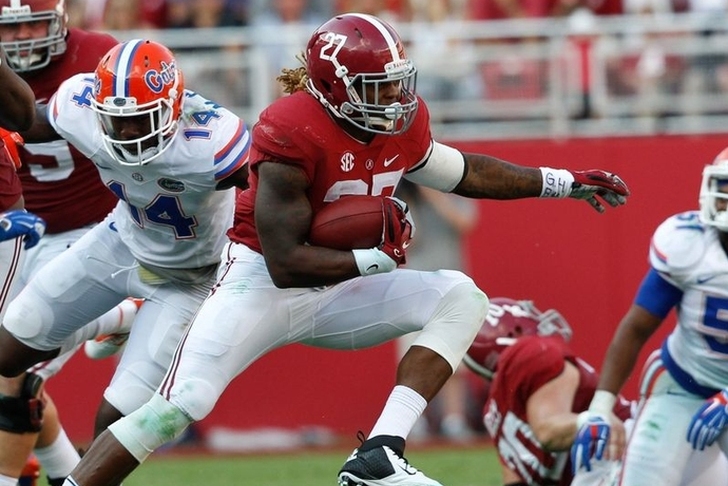 The #15 Ole Miss Rebels head into Tuscaloosa on Saturday with the knowledge that they can beat the #2 Alabama Crimson Tide after last year's season-defining win in Oxford. Alabama has revenge on the mind, but will they be able to put the past behind them and hold serve at home against the Rebels? Here's 4 things to watch for in Saturday's huge SEC clash.

1. Can Chad Kelly get the job done against a step up in competition?

Kelly looked like a world-beater in Ole Miss' first two games of the season, leading the Rebels to an eye-popping 149 combined points in routs of UTM and Fresno State. Those defenses, however, were/are terrible. Alabama's front seven is as talented and rush-happy as you're going to find in college football this year and it'll be up to Kelly to solve the Bama puzzle if Ole Miss is going to upend the Tide on the road.

2. What's the deal with Jacob Coker?

It's been an uneven start to the year for Coker to say the least. After completing 71.4% of his passes against Wisconsin, Coker regressed to 57.7% against Middle Tennessee -- a game in which he threw a handful of balls that could have ended in turnovers if Middle Tennessee defenders would have turned themselves around on time. Derrick Henry can't run the show every game if Bama is going to return to the top of the SEC mountain. Coker will have to air it out with efficiency and consistency sooner or later, so what better time to start than a top-15 clash at home in-conference.

The Rebels will be without All-America offensive tackle Laremy Tunsil for tonight's game as the NCAA continues its investigation into improprieties and allegations made by the estranged husband of his mother, Lindsey Miller, that Tunsil had been riding around in cars with agents along with accepting impermissible benefits from said agents and officials at Ole Miss. All this amounts to a giant hole in the Rebels' offensive line that could easily be exploited if Alabama continues to pound the rock. Keep an eye on this.

As we pointed out before, Ole Miss rides into this game on a wave of confidence both after two huge blowouts to open the season and with the team's upset of Bama last year in mind. College football always comes with its fair share of roster turnover, so it's not like all 22 Bama starters are burning to get revenge. But, it's always a program kind of thing with Alabama coach Nick Saban. The Tide will have their ears pinned back and their faces flushed in hopes of paying the Rebels back for last year. It'll be up to Ole Miss to stem that...Tide.