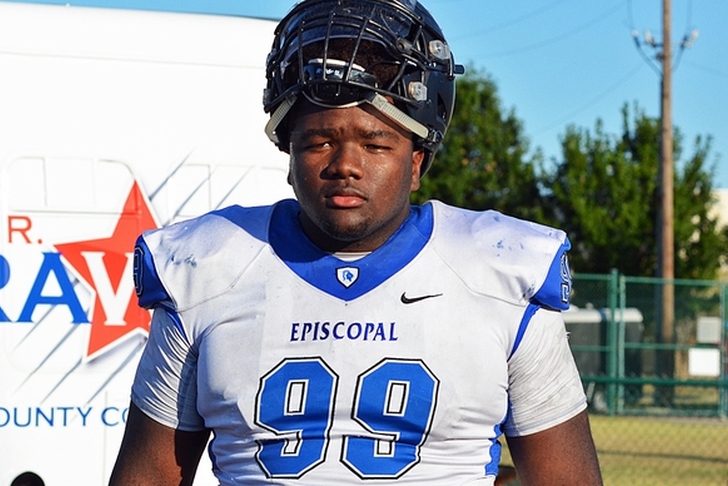 After Lupoi’s trip and subsequent phone call with Wilson, the Tweet dropping Alabama has been deleted from Wilson’s account, only to be replaced with one announcing Bama’s reinstatement into consideration.

Sources tell BamaOnLine that while Davis’ departure did hurt Alabama – considered the leader, per sources, before Davis left – UA is back into the race alongside the other favorites, notably LSU and FSU, after the Tide’s persistent effort put forth by Lupoi, as well as others on the staff. He is expected to return to Tuscaloosa this summer.

Bama visits top 2018 prospect
Alabama offensive coordinator Lane Kiffin is visiting 2018 five-star quarterback Trevor Lawrence (Cartersville, GA) this weekend. The Tide offered a scholarship to Lawrence back in February, and they're trying to catch Tennessee and Georgia for his services. He is ranked as the No. 1 quarterback and No. 1 overall prospect in the 2018 class.

4-star WR "hyped" about Alabama offer
Four-star wide receiver Jahan Dotson (Nazareth, PA) recently got an offer from Alabama, which he said was the one he was waiting for.

“All of my friends were hyped,” said Dotson. “They were telling me that I got to go to Alabama. They were calling it the best school in the nation. I just told them, ‘I’m going to wait it out, guys.’ It was pretty funny though. They were pretty excited, as was I.”