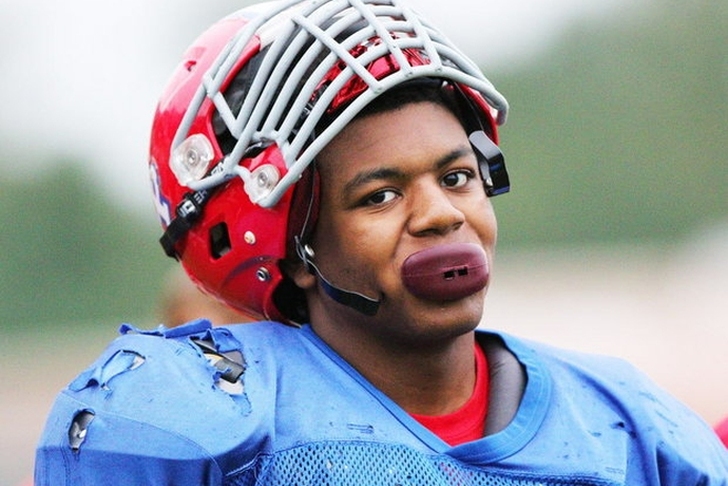 The Alabama Crimson Tide are in the middle of spring practice as they prepare for their upcoming spring game, but that doesn't mean head coach Nick Saban has taken a step back on the recruiting trail. Here are all the latest news and rumors surrounding Alabama football's recruiting:

Alabama closing gap for 4-star DE
Four-star defensive end Ryan Johnson (Mobile, AL) has been heavily favoring Auburn through most of the recruiting process, but that has all changed as Alabama has made him a priority, reports 247sports' Tim Watts.

Johnson was considered an Auburn lock for months as the Tigers offered early and quickly identified the versatile lineman as a priority. Sources closes to Johnson, however, indicate that Auburn’s lead has evaporated as the Tide has made up ground steadily since the fall and one closely connected source has indicated that as of now, Alabama leads.

As expected, the Tide’s new defensive coordinator Jeremy Pruitt made the city of Mobile a priority with the Port City expected to have multiple SEC quality prospects over the next three recruiting cycles. Pruitt is the primary recrutier for Johnson and upon his return to Tuscaloosa, quickly made the 6-foot-3, 253-pounder a priority for the Tide.

Johnson is ranked as the No. 4 defensive end and No. 163 overall prospect in the country.

Tide to flip Kentucky QB commit?
Three-star QB Mac Jones (Jacksonville, FL) has been committed to Kentucky since July, but a recent offer from Alabama could change everything for him.

"Alabama is scary good and everyone knows that," Jones said. "I'm going to look into it but I feel comfortable at Kentucky too. Saban is a great coach."

Alabama leads Auburn in race for 4-star OT
Four-star offensive tackle Austin Troxell (Madison, AL) plans to play his college football in-state as both the Alabama Crimson Tide and Auburn are pursing him heavily. Troxell explained why they're his two favorites at the moment:

Though both schools have remained in close competition to land him, Watts reports that Alabama has moved out front and become the favorite to land him.