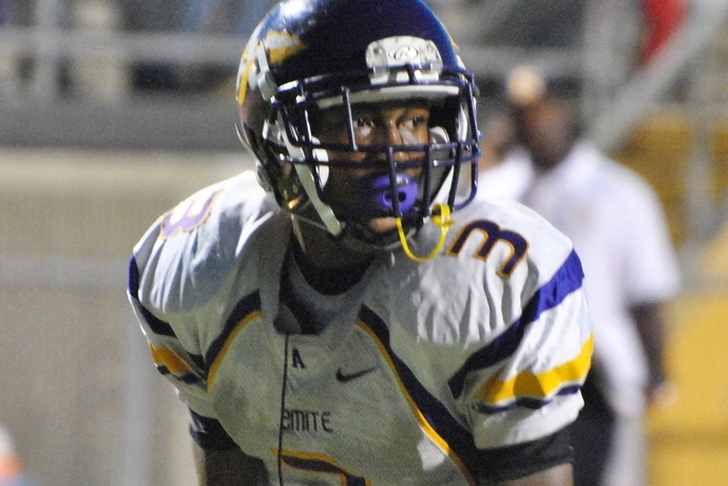 National Signing Day is just three days away, and as such, Nick Saban & Co. are putting the finishing touches on what is shaping up to be another top recruiting class. That means there's plenty to get to around Alabama football recruiting. Here are all the latest Alabama recruiting news and rumors you need to know.

Latest on Devonta Smith
Alabama has made four-star wide receiver Devonta Smith (Amite, LA) one of their top remaining targets. The Tide are a finalist for his services, along with LSU, Florida State and Miami, and his high school head coach Zephaniah Powell talked to 247sports about what Alabama gained from Nick Saban's visit to Smith earlier in the week.

“It was a good visit,” Powell said. “The first thing with Coach Saban is he’s very welcoming. He’s extended all the hospitality from the University of Alabama not only to myself but to my coaching staff as well. He wants to share wisdom and knowledge in this great game of football.

“The message to Devonta is about the University of Alabama, it’s a great institution, it has a history of great leaders, both academically and athletically. Then once you start talking about the level of football to play it’s second to none.”

Tide offer scholarship to younger Ruggs brother
The Tide are hoping that fellow wide receiver target Henry Ruggs III (Montgomery, AL) will sign with them on Signing Day on Florida State and Auburn, and may have helped their chances with some family ties. His younger brother, 2018 linebacker Kevontae' Ruggs, announced on Twitter that Alabama has offered him a scholarship as well.

Blessed to receive my first offer from the University of Alabama...Thank you Coach Saban for the opportunity!!! #RTR@__RUGGS pic.twitter.com/7NDS34rsFV

“It was like the best day of my life,” Latu said. “Alabama was definitely a special experience. Just going around and meeting the coaching staff, it was an honor."

Latu decommitted from BYU last week, and says that the Tide are now his leader.