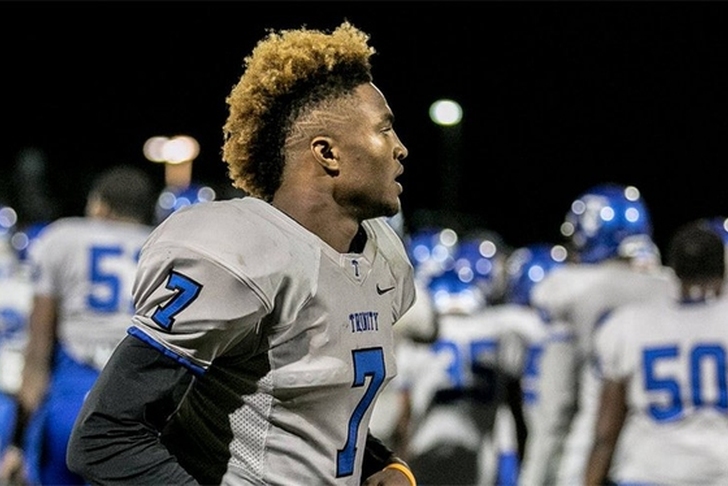 The college football season doesn't start for roughly two months, giving the Alabama Crimson Tide plenty of time to focus on recruiting. Alabama has turned up the heat on the recruiting trail during the offseason, and it's already paid off with 15 commitments - but the Tide are far from done. Here are the latest news and rumors surrounding Alabama football recruiting.

Ohio State commit to flip?
Five-star cornerback Shaun Wade (Jacksonville, FL) committed to Ohio State in January 2015, but the Alabama native is wavering on that pledge. During a visit to see his family in Alabama last week, Wade made an unofficial visit to Tuscaloosa and visited with head coach Nick Saban, defensive coordinator Jeremy Pruitt and defensive backs coach Derrick Ansley.

“They were just writing down all the DBs they’re going to lose,” Wade told 247sports. “They said I got a good chance, if I come and work hard, to play.

“It’s a good program. They’re going to win national championships and put people in the league, so it’s a great program with great coaches. They got Coach Ansley, who I knew at Kentucky, so our relationship is already good.”

Wade had listed Alabama as a clear No. 2 behind Ohio State on his list, but now says he doesn't have an order. He also plans to make an official visit - along with another unofficial visit or two - to Tuscaloosa this fall.

5-star DT to visit
Five-star defensive tackle Marvin Wilson (Bellaire, TX) had previously crossed Alabama off his list after defensive line coach Bo Davis resigned, but now, he said the Tide will be getting one of his official visits. What made him change his mind?

LSU and Florida State are thought to be Alabama's only competition for Wilson, who is ranked as the top defensive tackle and No. 3 overall player in the country.